You are here: Home » Paul Windram 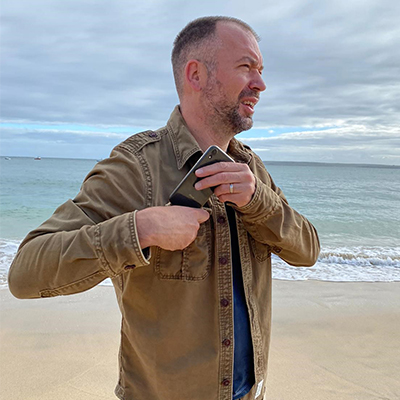 Paul entered the profession in 1984 as a trainee at an old school firm where calculators were frowned upon and meticulous standards set a high bar from the outset.

"Those early years were great for me, I was trained by people who had been in the profession since the war and made me really understand the essence of the clients and the businesses they ran, the numbers were key, but there was so much that could be learned from the clients I worked with, and I soaked it all up."

Paul quickly rose to become a manager, running an audit and accounts team and reporting directly to a partner.

"I was 20, managing 6 people and overseeing work in all areas of business, I could not have asked for a better learning experience."

By 1990, as well as having a full time job, Paul used his spare time supporting some friends developing a consultancy business from a back bedroom which grew exponentially to a turnover of $10m per annum and employed 48 people who operated worldwide.

"I left the profession in 1994 to become the finance and HR director of Enigma Information Systems Ltd. We became very successful and those were heady days. We were doing work all over the world and as there was always so much to learn, I quickly experienced the large and often small problems which businesses need to overcome on a daily basis. Ultimately, the business environment changed and as a board we made some mistakes, especially post 2001. Profits turned to losses and we ended up having to merge to survive."

Strangely, looking back, Paul recalls fond memories of his time in the accountancy profession and when Enigma was acquired by a City consultancy firm and having spent a spell working in London, Paul decided to return.

"Sitting on the train one day, I realised I wanted a different life and a new challenge and had grown tired of travelling so much. Anil, a close friend since the late 1980’s had constantly said we should work together, and so one day I called his bluff and said yes. Having not found the professional qualifications easy, I made an early decision to keep my accountancy knowledge current and continued with professional training courses throughout my time as an FD. This enabled me to always challenge our advisors and made it easier for me to re-join the profession."

"People ask me why I returned to my roots. The bottom line is that I thrive on helping entrepreneurs’ develop their business and I can do this from a stance of having been in their shoes. Clients really seem to respect this."

Paul is married to Alison and has one daughter. Paul is a keen circuit trainer and probably spent too much time in his youth watching The Professionals TV series as he is often seen hurtling through the back streets in a Ford Capri.

"As well as my family, I am really proud of being part of a business which from nothing brought over $28m into the UK economy. I just hope that one day soon I can help a client achieve more."

Celerica are a firm of accountants and registered auditors (regulated by the Association of Chartered Certified Accountants).

Our team and associates have worked not only as accountants within the profession but also as Finance Director’s for businesses allowing us to use our wide experience to make a positive impact on your business.

The business was established in 2006 but its roots and relationship of the partners goes back to 1988.  Our client base extends across the UK and many different business sectors.  Though our office is in Leicester we take the ‘we will come to you’ approach and are always happy to travel to see you, wherever you are.