You are here: Home » James Woodford 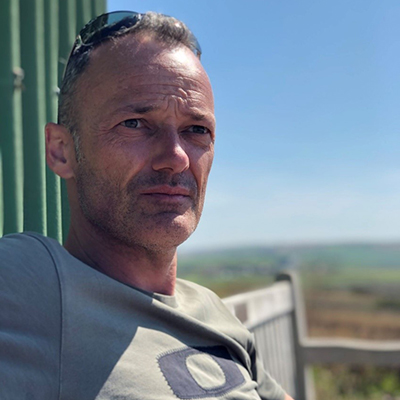 Leaving school in 1992, James entered accountancy as a trainee into one of Leicester’s oldest practices.

"I have always been a sports fanatic, and my time at Oakham School not only gave me an excellent academic grounding, but filled my days with sport. Sadly, Leicestershire County Cricket Club somehow missed my talent so I chose a career in accountancy instead. OK, so it’s not as glamorous as first class cricket, but it certainly helped me to analyse the cricket statistics!"

James stayed at the same firm for 14 years, and saw it change as the existing partners retired and new ones arrived. He rose to become a senior manager and quickly earned a reputation whereby he was trusted to oversee a large portfolio of clients.

"We had a fantastic client portfolio, which included some of Leicester’s most successful businesses. Servicing these clients gave me a solid grounding and my long career with the firm enabled me to see these businesses change so much over the years."

Anil joined the firm in 1997 as an associate partner and quickly established himself as a hard but fair taskmaster. Under the new partners, the practice evolved and grew.

"Anil and I quickly developed trust and a good working relationship. We shared a common sense of humour an almost limitless knowledge of sports which served us well whilst away for long periods on audit". James reached a point in 2006 where he was considering his next career move. "Out of the blue, Anil told me what he was planning to do and despite being on a very generous package and being in a senior position in the firm, I still told him I wanted to go with him".

James established himself as a strong third partner within the practice, bringing limitless patience to solving client problems and supporting other team members with considered advice and opinion.

"Celerica has certainly given me a new perspective on accountancy, and I think as a team, we give clients a really good all round service."

James married Sital in 2008 and has one son. He is a keen watcher of live football, cricket and basketball and also runs every day (to keep fit, not avoid the childcare).

"My philosophy has always been to work hard, be honest, be frank, be credible and always learn from your mistakes. So far, this approach to life has served me well!"

Celerica are a firm of accountants and registered auditors (regulated by the Association of Chartered Certified Accountants).

Our team and associates have worked not only as accountants within the profession but also as Finance Director’s for businesses allowing us to use our wide experience to make a positive impact on your business.

The business was established in 2006 but its roots and relationship of the partners goes back to 1988.  Our client base extends across the UK and many different business sectors.  Though our office is in Leicester we take the ‘we will come to you’ approach and are always happy to travel to see you, wherever you are.